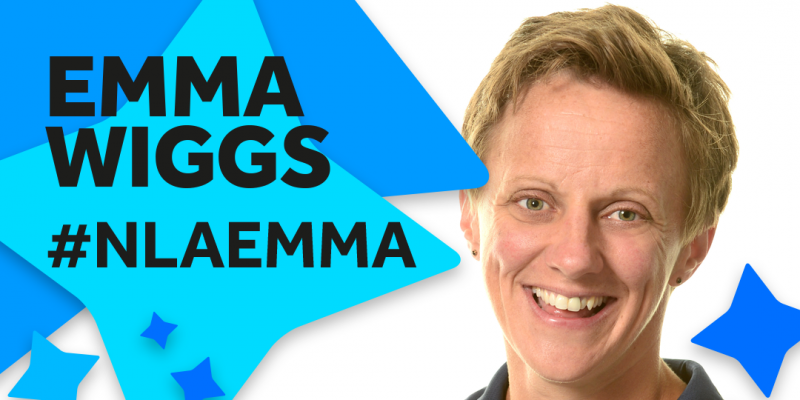 Emma Wiggs MBE, Paralympic Gold Medallist and six-time World Championship Paracanoeist, has been nominated for the National Lottery Athlete of the Year Award 2018 in recognition of her outstanding sporting success alongside her work outside of competition.

Emma has been shortlisted following a phenomenal 2017 season, in which she overcame a series of injuries to have her most successful year of racing. She became the undisputed world leader for KL2 paracanoe, holding the British, World, European and Paralympic titles – the first canoeist to do so. Emma also won the World title in the fastest ever recorded time for a female racer and since then, has become double European Champion following another major title win in June 2018.

Emma’s sporting achievements saw her being nominated in the Sunday Times Sportswomen of the Year awards; awarded an Honorary Doctorate from the University of Chichester for her contribution to the sport and in recognition of her former career as a teacher; and an MBE for her Services to Canoeing.

Emma has also been shortlisted because of her work as a leading advocate of clean sports, for which she was nominated by the UK Anti-Doping Agency to attend the institute of National Anti-Doping Organisations internal athletes and leaders’ event as a panel member, the only British athlete to do so.

The Athlete public vote runs from 1 August 2018 to 14 September 2018 and winners will receive a £5,000 cash prize to give to a National Lottery funded project of their choice, feature on the BBC One broadcast and take home a trophy.

You can vote for Emma in three ways:

Only one vote per account is allowed. Furthermore votes may not count from accounts with one or more of the following attributes:

Show your support for Emma and get voting now!