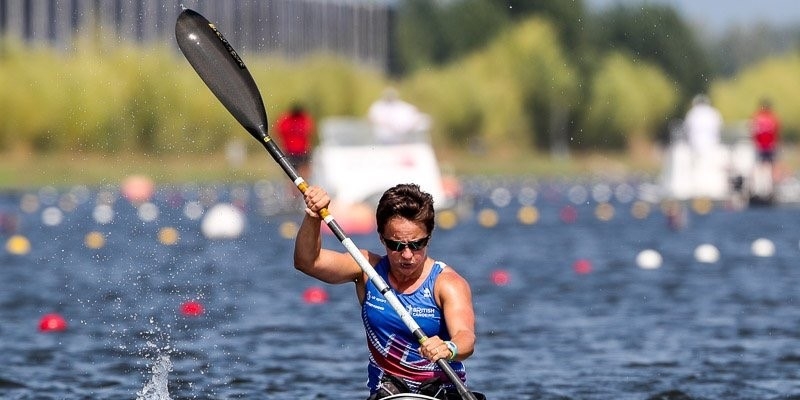 Competing in both the Kayak and the Va’a races at this year’s World Championships, Emma was joined on the KL2 podium by fellow British competitor Charlotte Henshaw, who was just 0.69 seconds faster.

It was a fantastic event for Emma and the rest of the British team. Speaking to British Canoeing on her performance at the World Championships, Emma said:

“I came in just wanting to deliver a great run and that’s what I did. That comes from the hard work that we spent all winter doing. So it feels amazing.

“I’m really proud of the team,” Emma continued. “To see so many GB tracksuits on those podiums this morning will have bolstered the table for Great Britain at these championships.”

Emma hopes that these events can inspire others with a disability to find a sport that changes their lives in the same way it’s changed hers.

“I want anyone that watches this with a disability or who knows someone with a disability to get involved in sport. It’s completely changed my life. I believe in the power of sport to have a positive impact on people’s lives. Whether you’re doing it with friends or you’re doing it at the level we’re fortunate enough to do it at, it can change your life. I hope people are inspired to get involved.”

Emma’s now preparing for a busy year of competition in 2023, including next year’s World Championships, taking place in Duisburg, Germany, where she hopes to bring home even more medals for Great Britain, adding to her 10 world championship titles!