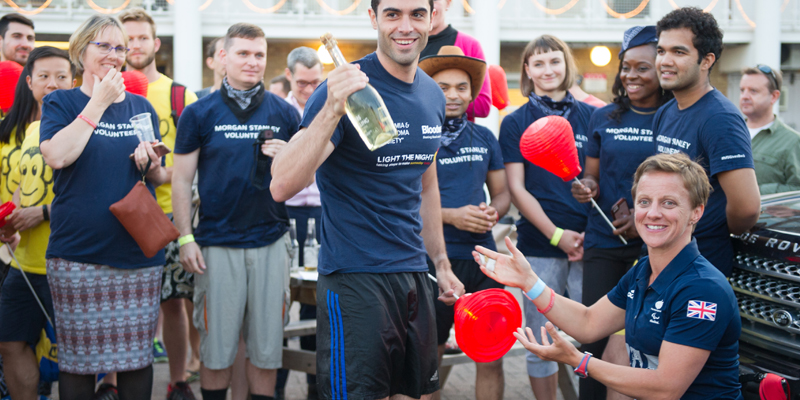 EMERGE athlete Emma Wiggs attended an evening with the Foreign Exchange team at Barclays Bank at the beginning of July, in which she spoke to them about her story of success against adversity through sheer determination.

Emma, who was 18 when she went on a GAP year to Australia and contracted a virus that initially paralysed her and left her with irreparable damaged nerves in her legs, has gone on to great success as a Para-canoeist, winning Paralympic gold at Rio 2016. In her talk, she explained how she didn’t let what happened to her get in the way of her ambitions of pursuing a career as a P.E teacher, and eventually become a full-time athlete winning multiple World, European and Paralympic titles.

It is not the first time Emma has been invited to speak to Barclays staff, and speaking after Emma’s latest talk, Barclays MD Mimi Rushton said: “Emma did an outstanding job once again. In the talk, Emma combined empathy with motivation in a talk which transcended sport.”

After the talk, Emma joined the Barclays Marco team (who deal with foreign exchange, interest rates sales and trading) at a charity Dragon Boat Race raising money for Light The Night. Organised by blood cancer charities Bloodwise and Leukemia & Lymphoma Society, Light The Night is a series of fundraising events, including a charity walk around the Wharf, to help support research into cures for blood cancers. For the last three years the wider Barclays Macro team has supported the campaign, and Emma was a welcomed addition to the support team for this year’s race, as well as being on hand to help distribute the medals to the winners.

Commenting afterwards Emma said: “It’s always a pleasure to speak to the Barclays teams, and if I can pass on some of the things I’ve learned about dealing with adversity and finding motivation to push yourself then I’m grateful to be able to do that.”

“The charity boat race for Light The Night was also an honour to be a part of, it’s a fantastic way to raise funds for a great cause. I helped out the Barclays team as much as I could without actually jumping on board!”

If you would like to know more about how Emma can inspire, challenge and motivate your workforce, then please contact Jenny Forbes at jenny@emergesportsmanagement.co.uk or on 07956 040340.