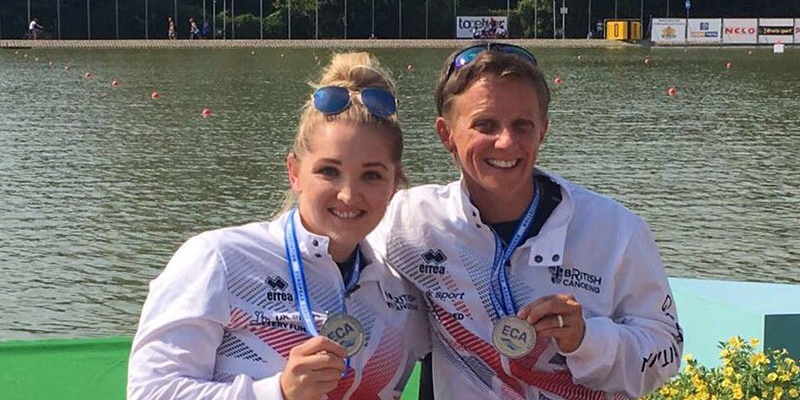 Emma Wiggs has retained her European title after claiming the gold medal at the Para-canoe European Championships in Plovdiv, Bulgaria. Clocking a sensational time of 51.292 in the KL2W 200m final, Emma beat the rest of the field by three seconds, ahead of compatriot Charlotte Henshaw and last year’s champion Nadezda Andreeva of Russia.

Speaking after the event Emma acknowledged the support team at British Canoeing saying “I’m absolutely chuffed to deliver that 200m, it has been a really long winter, full of hard work in the gym, so we didn’t really know what we will be able to race like, because we’ve been working so hard on getting stronger. We couldn’t do it without our world class staff team and National Lottery support.  It’s exciting to be winning medals in what is essentially a build year for us.”

Emma also applauded the efforts of silver medallist Charlotte Henshaw who was competing at her first major championships since making the switch from swimming; “It’s amazing to get a GB gold and silver and Charlotte absolutely smashed it.”

Emma’s gold was one of three for Great Britain, with Jeanette Chippington and Jonathan Young winning their KL1 200m & VL3 200m competitions respectively. Elsewhere there were silver medals for Ian Marsden & Robert Oliver alongside Chaerlotte Henshaw, and a further bronze medal for Nicholas Beighton.