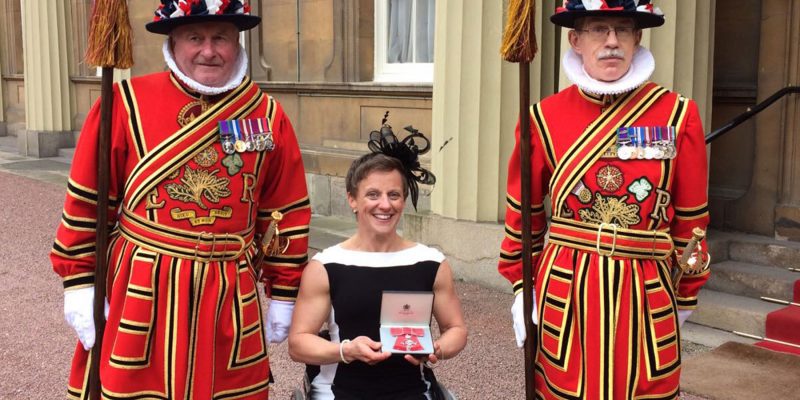 Emma was presented her MBE by Prince Charles at Buckingham Palace, alongside British Canoeing teammates Anne Usher and Jeanette Chippington, who also won gold in Rio.

A former sitting volleyball player, Emma switched to paracanoe after London 2012 and has won five world title in four years. In Rio, she won gold in the women’s K1 200m KL2 final by more than a boat length ahead of her nearest rival.

Commenting on the news, Emma Wiggs said: “I’m immensely proud to receive my MBE today surrounded by my family who have made all I’ve ever achieved possible.

“I feel humbled to be honoured in this way and would like to accept it on behalf of everyone at British Canoeing & the wider canoeing community who are passionate about paddling and passionate about performing at the highest level.”