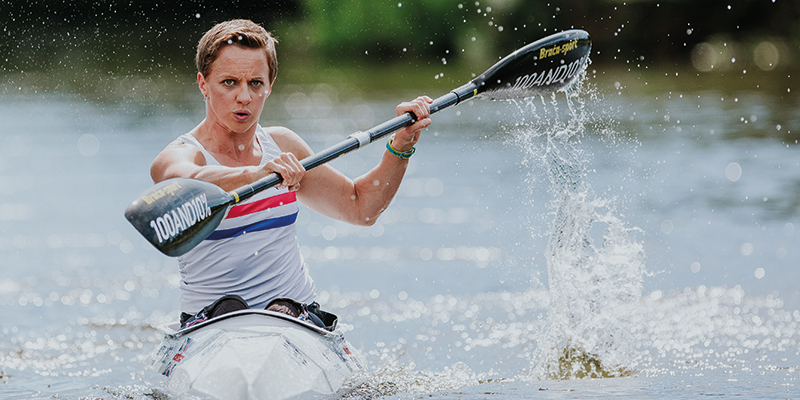 EMERGE Sport Management athlete Emma Wiggs MBE has made the shortlist for the Sunday Times Disability Sportswoman of the Year 2017.

Her nomination comes after a phenomenal 12 months which has seen Emma retain her British, European and World Championship titles. Those titles, along with her Gold medal at the Rio 2016 Paralympics, means she currently has the distinction of being a Grand Slam champion, a rarity in modern sport, and puts her amongst the greats of British sporting heroes, including athletics’ Sir Mo Farah and swimming’s Adam Peaty.

The awards, which are now in their 30th year, recognise the outstanding contribution to sport made by elite athletes, coaches, administrators, community volunteers and inspirational women. The Sportswomen Awards are among the most prestigious and influential in the British sporting calendar and are supported by the Sport and Recreation Alliance, UK Sport, Sport England and Women in Sport.

Following an open public vote for nominations, which closed at midday on Monday 25th September, a panel of experts narrowed the nominees down to a final shortlist for each award category which were announced yesterday. The other nominees for the award are Emma’s British paracanoe teammate Jeanette Chippington, wheelchair sprinter Hannah Cockroft, and sprinter Sophie Hahn.

Speaking after learning of her nomination, Emma said; “I am incredibly proud to be nominated for the Sunday Times Disability Sportswoman of the Year award, and want to thank everyone who voted for me. I have trained so hard this year, especially the long hours in the gym working on getting stronger, so it’s been a great seeing the hard work pay off on the water. I’m honoured to be shortlisted alongside my teammate Jeanette as well, demonstrating the strength of British paracanoeing at the moment, and the great support team we have in place.”

A full list of nominees for all the awards can be seen below:

The Sunday Times Sportswoman of the Year

Young Sportswoman of the Year

Disability Sportswoman of the Year

The Awards will be held at a ceremony in central London, on Thursday 26th October, and broadcast live from 8pm on Sky Sports Main Event, Sky Sports Mix and Sky Sports Action.

For more information on the Sunday Times Sportswoman of the Year Awards, please visit www.sportswomanoftheyear.co.uk.