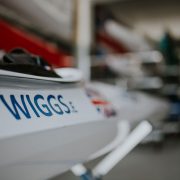 Emma is competing in two events in the delayed Tokyo 2020 Olympics later this summer. The KL2 event is a really challenging one, with her teammate Charlotte Henshaw being the current world champion.  However, Emma hopes a good delivery will keep her in the fight for the medals. These Games see the introduction of the Va’a events, and Emma will race in the VL2 and aim to make history as one of only a few athletes who will ‘double up’ and attempt to medal in two different events. Emma qualified for both events thanks to her outstanding success in the 2019 World Championships hosted in Hungary where she won gold in the VL2 and silver in the KL2. You can read more about Emma’s success in Hungary here.

Emma will be hoping to cap off what is set to be an outstanding summer of sport, with the Tokyo Olympic and Paralympic Games taking place following last year’s postponement due to the pandemic. Emma’s heats for both events will be on 2nd September, with the VL2 final scheduled for the following day and the KL2 final to be held on the 4th of September.

In addition to training six days a week in preparation, Emma has also taken up a de-facto ambassadorial role ahead of Tokyo, appearing in an advert for the National Lottery alongside five fellow athletes including Jonnie Peacock and Tom Bosworth to promote this year’s Olympics and Paralympics. Emma has also been heavily involved with Vitality Health, leading a discussion with sports psychologist Dr Emma Ross to discuss the taboos that exist around women’s health, which you can watch on YouTube here.

Emma is thrilled to be competing in her third Paralympics, having represented Great Britain in the Sitting Team Volleyball event at the London 2012 Paralympics, before switching sports to Paracanoe and winning gold in Rio in the KL2 event.

“It will be a very different Games – we can’t get away from that. But I feel quite positive and excited about the fact it will be a moment to showcase some sporting performances that will bring some positivity and inspiration. I hope we can use it as an opportunity to celebrate our efforts to overcome the really significant challenges of the last year.” Read Emma’s full interview where she discussed her excitement at competing in two events and the support provided by the National Lottery here.

You can find out more about the athletes competing in Tokyo on the Paralympics GB website here. 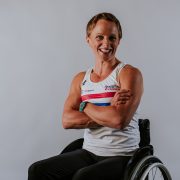 Emma Wiggs MBE has been chosen as one of 35 elite female athletes for the ‘Unlocked’ initiative, set up by Women’s Sports Trust, with the aim of challenging the lack of diversity in sport, particularly at a senior level.

Emma joins other elite female athletes such as Nikita Parris and Hannah Cockcroft to seek to effect change in sports. The initiative was first launched in 2020 and proved to be a success with four athletes taking positions on sports body boards including Lizzie Simmonds, the new chair of the British Olympic Association’s Athletes Commission and Vanessa Wallace who has joined the charity Sporting Equals as a trustee.

Emma’s selection comes ahead of her competing in the delayed 2020 Tokyo Paralympic Games, where she will be going for gold in two events – the KL-2 where she is reigning Paralympic champion and in the inaugural VL-2 race, having won the 2018 and 2019 World Championships in the classification. Emma is really excited to be acting as an agent of change, with improving diversity in sport a passion of hers.

“I’m absolutely delighted to have been selected for this incredible programme. I’m excited to be able to learn from the rest of the hugely talented group and see what positive impact we can have on women’s sport across the country and maybe even the world. There has never been a more exciting time to be involved with the changing landscape of women’s sport and I can’t wait to play my part in ensuring that change keeps on coming.”

You can read more about the Unlocked initiative on the Women’s Sports Trust website by clicking here. 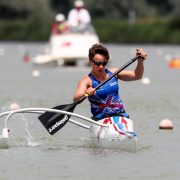 Emma Wiggs MBE produced another superb performance to become an eight-time World Champion by winning a second successive VL2 at the 2019 Paracanoe World Championships in Szeged, Hungary. Emma also secured a silver medal in the Women’s KL2, being pipped to gold by her Great Britain teammate Charlotte Henshaw. Emma’s achievements have ensured her place on the plane to Tokyo to defend her KL2 Paralympic gold and compete in the inaugural Paralympic VL2 race.

Emma recently recovered from a severe wrist injury that she wrote about in a heartfelt blog here but showed no signs of letting that stop her in her outstanding victory in the VL2 final, breaking the minute mark in her heat, before finishing over a second clear of Australian silver medallist Susan Seipel in the final with a World Record time of 56.10 seconds.

Emma heaped praise on her family and friends, whose support was invaluable throughout her recovery from injury.

“It just means so much for Matt, and my wife Gemma, and my family and friends because it’s just been a tough year and I’ve been pretty up and down. They’ve never not believed in me, so it just means the world to do it for them”. You can view Emma’s full interview with British Canoeing TV here.

The following day saw Emma finish a close second behind teammate and close friend Charlotte Henshaw to achieve a silver in the VL2 event. Emma was thrilled to finish the World Championships with a gold and silver medal, particularly in light of her injuries and was equally delighted for her teammate Charlotte who she shares a friendly rivalry with.

“Charlotte’s a phenomenal competitor so to just be alongside her on the podium is brilliant and she’s done incredibly well, but I’m over the moon to get a season’s best this year and we’ll go back get a strong winter in and see if I can be competitive”. Watch Emma’s full interview here.

You can read more about Emma and the GB team’s success at the 2019 Paracanoe World Championships by clicking here.